Another long gap between posts. My excuse is that my new baby – in other words, my new book – just recently made its way into the world, so I’m still quite busy promoting it. (Click here to buy on Amazon) 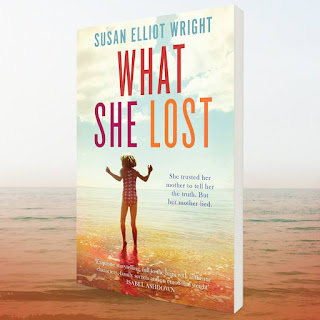 To continue with the analogy, my fourth novel, which I’m currently redrafting, is close to full term, so all in all, I’ve been busy. Right, I’ve had enough of that, now, so I’ll start talking normally.

I wrote a first draft of book 4, as yet untitled, relatively quickly – in four months – and I’ve been rewriting it since the beginning of February. A good boost to the process was a six-day writing retreat at the Arvon foundation’s Clockhouse. away from domestic responsibilities and in the company of three other lovely writers, I got loads done.

My task was to make the novel little less dark, so there were new scenes and chapters to write, but I also needed to do some restructuring. To my delight, there was an enormous corkboard in the room. I work on Scrivener, but I still like actual physical pieces of paper on an actual physical corkboard. I printed out my chapter summaries and was able to fit the whole novel onto this wonderful corkboard so I could move stuff around. 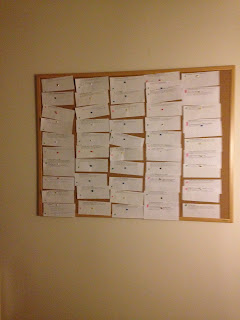 The rewriting was going so well, I was fairly sure I’d be finished by the end of this month. But now I’m about to embark on writing the final scenes, I find myself suddenly crippled by doubt and indecision. I usually go for ‘hopeful’ rather than ‘happy’ endings, but my original ending for this book – can’t give details, obviously – couldn’t be described as either.

When I wrote it, I thought it was the right ending for this character’s story – the natural progression for her, given previous events. My character was not exactly ‘happy’, but calm and accepting of how things worked out. But my agent and editor didn’t like it. Let’s face it, they’ve been in the business a long time – they know their shit, basically, so I’d be stupid not to listen. The three of us bandied round a few ideas for an alternative ending, and I set out to do the redrafting with one or two possibilities in mind.

However, now I’m at this stage where I’m trying to actually write the alternative ending, I find I’m horribly stuck, because something is telling me that these alternatives are wrong – contrived. I know many other writers will say I should stick to my original idea. But the thing is, there’s no point in doing that if it makes the book into something no-one wants to read.

So what do I do, people? What is more important to the reader, a truthful but sad ending, or a believable, hopeful ending, that may just seem slightly contrived?

A couple of years ago, I read a book that I loved from the first page and almost to the last. It was brilliantly written, with sympathetic, convincing characters and a page-turning plot. The central character was in severe peril, and I was convinced that something would save her at the last minute. It didn’t. I was devastated. The integrity of the author was flawless – in that situation, at that time, what happened in the novel is almost certainly what would have happened in life. But I went from wanting to recommend this book to everyone, to not recommending it to anyone, because the ending had left me feeling so bleak and I didn’t want to pass that on. (If you’re interested, I blogged about this at the time – you can read the post here)

So you see my problem? I don’t think my ending would be as bleak as this one was, but maybe I’m deluding myself. readers and writers, I’d be interested to know your thoughts on this dilemma! The only thing I can think of to do at the moment is to try and force myself to write one or two alternative endings and see how they feel. I’ve already set one of them up through the novel, but even that feels almost impossible to write at the moment. Arghh!

On a more positive note, there have been some lovely reviews for What She Lost this week: